Last Saturday, fans of Donald Trump attended the campaigner’s rally in Sarasota, Florida. Americans who believe Trump will “Make America Great Again” traveled from far and wide, including a guest far from home: An Asian elephant.

It seems the ‘owner’ of the elephant believes Trump is the best presidential candidate for the United States and wanted to show his support – free of charge – by parading the exotic animal around the arena.

The Sarasota Herald-Tribune reports that Frank Murray, the legal caretaker of the circus elephant, “is such a big Trump fan he decided to donate the free use of his elephant for the campaign event.”

That’s not all, he also wrote “TRUMP MAKE AMERICA GREAT AGAIN” in chalk on the side of her belly.

“I’m doing this for love of America. I’m a Trump fan. The man knows how to make money. He knows what America is all about and he can get America back on track.”

The exhibitioner, who owns the company “Elephant Walk”, travels around the country renting them for events, renaissance fairs, and circuses.

There’s one big issue no one is talking about, however. According to documents, one of the elephants Murray owned died last year, testing positive for tuberculosis. This disease commonly crops up in captive elephants who inhale particles of excrement infected with the disease.

In effect, Murray’s elephants were temporarily banned from entering several states, for fear that they would infect other animals, reports Gawker.

He evaded the warrant issued for his arrest for 16 years. In 2011, the con was finally arrested in New Jersey, reports Born Free. It was then the Piccadilly Circus severed its contract with Murray, who had previously loaned it elephants for performances.

Years of working with elephants have not made him more compassionate, unfortunately. Murray is reportedly a fan of the bull hook and in opposition of its ban.

And, it shouldn’t be surprising Trump would attract such unsavory of a character.

When the Ringling Bros. Circus announced it would stop using elephants in its circus by 2018, Trump had this to say: 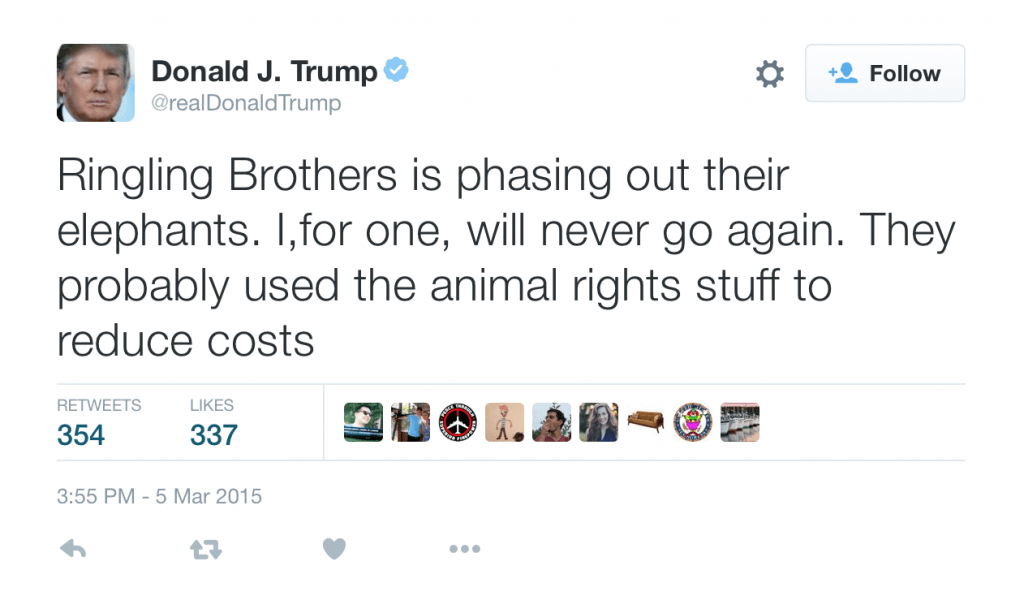 Apparently compassion toward other sentient beings is too much to ask for – especially from a man inspired to lead and speak for millions of people.

In regards to the poor elephant being paraded around the presidential candidate’s rally, Carol Buckley, the Founder of Elephant Aid International, a non-profit organization advocating for elephants, had this to say:

“This is another case of yet another elephant being used as a prop to get attention, another exploitative event. The chalk is a drying substance and it will dry her skin —not permanently but will still dry it. The noise won’t necessarily bother her because like all performing elephants it’s a stress they’ve been conditioned to accept but it causes them to have a low level stress subconsciously because they’re not designed to be around that, which leads them to eventually act violent or depressed.”

The world doesn’t need more bigoted, self-righteous bosses. It needs leaders who honor and respect the lowest to the highest of life-forms. This is just one more reason to re-think your election choice for the upcoming presidential candidate.

This article (Donald Trump’s Rally Featured A Circus Elephant Owned By A Man Repeatedly Arrested For Animal Cruelty) is free and open source. You have permission to republish this article under a Creative Commons license with attribution to the author and TrueActivist.com 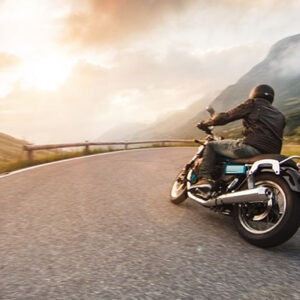 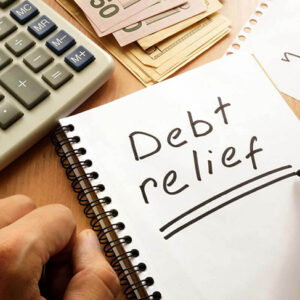